By Latoya Gayle For Mailonline

If you’ve ever accidentally texted the wrong person, the chances are they fired back a quick and polite message to let you know, but some people just can’t resists the opportunity for a wind up.

Satirical site The Poke, rounded up a selection of the funniest wrong number text exchanges from around the world – and it will make you want to double check every message before hitting send.

Among the screenshots is an individual who responded to a random request for gardening advice, meanwhile another person became concerned after receiving an update about someone who had gone to hospital after lighting their bottom on fire.

Blind date! A man in search of his princess promised to meet the mysterious owner of the number he texted in another life 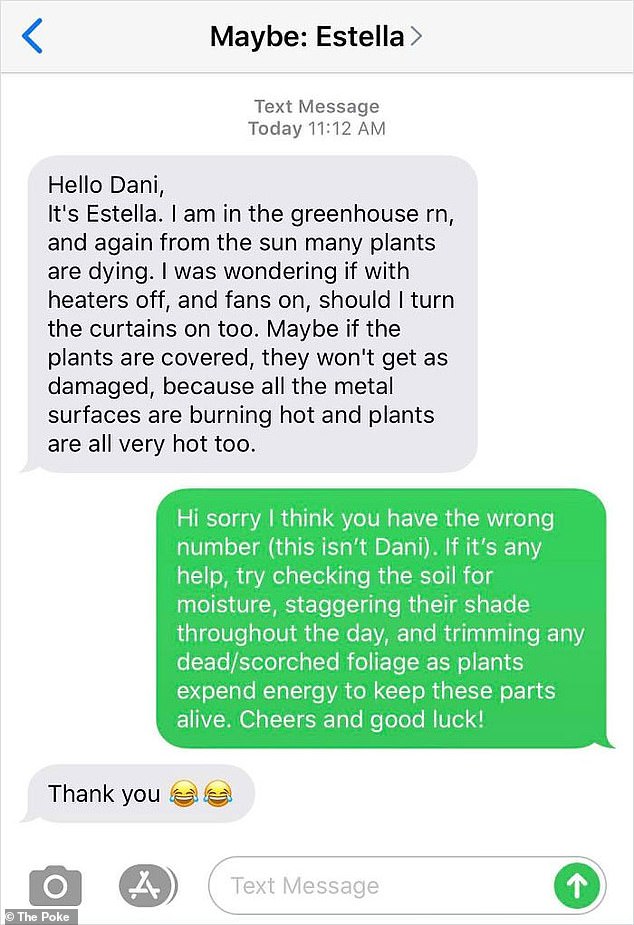 The Poke rounded up a selection of the funniest wrong number text exchanges that have gone viral on the internet, including one person who was asked for gardening advice 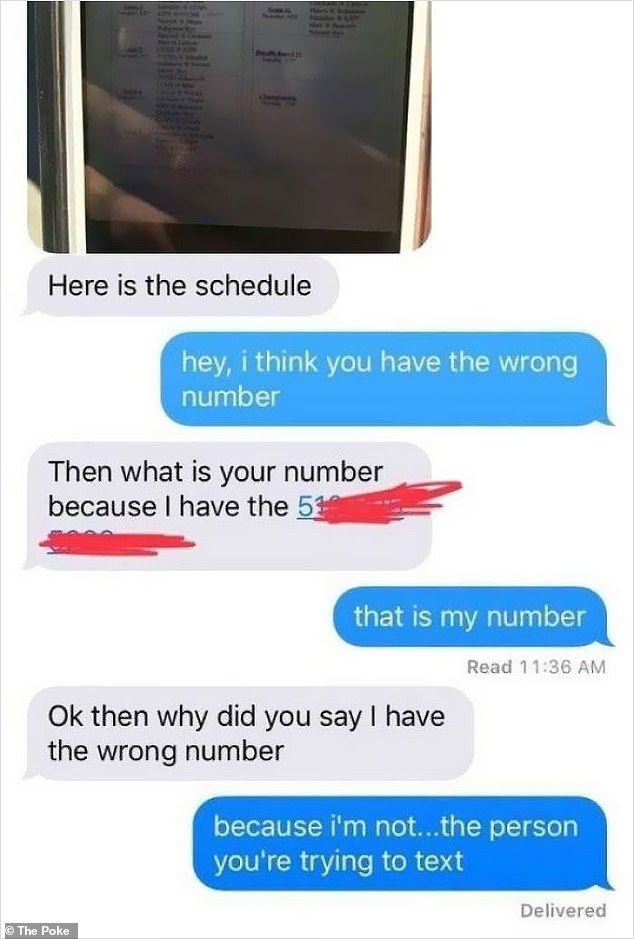 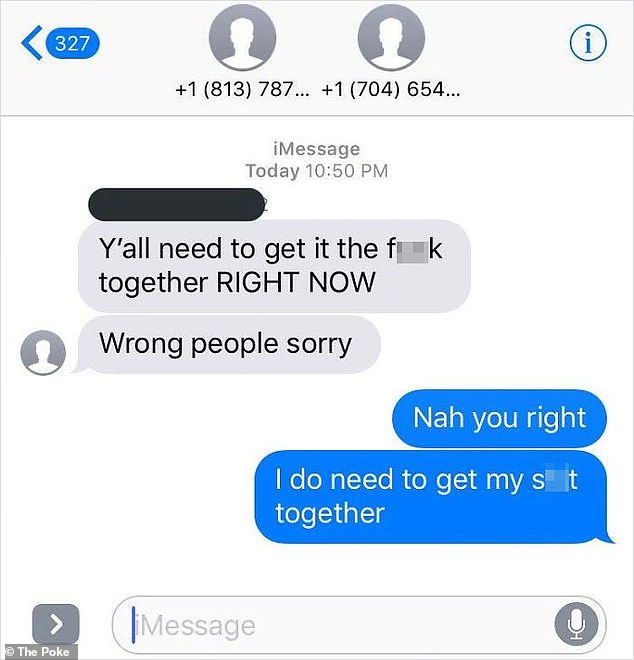 Another person admitted they were grateful for the life advice, after receiving a wrong number text telling them to get things together 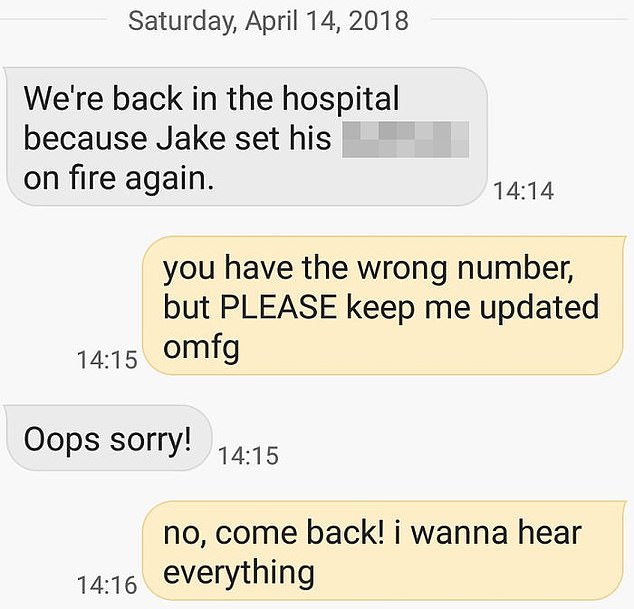 Concerned about a stranger’s bottom, one person asked the unknown number who mistakenly texted to keep giving them updates about the situation

End of the world as we know it! An individual hoping to find their friend ahead of a practice sessions was baffled by a text referring to world domination 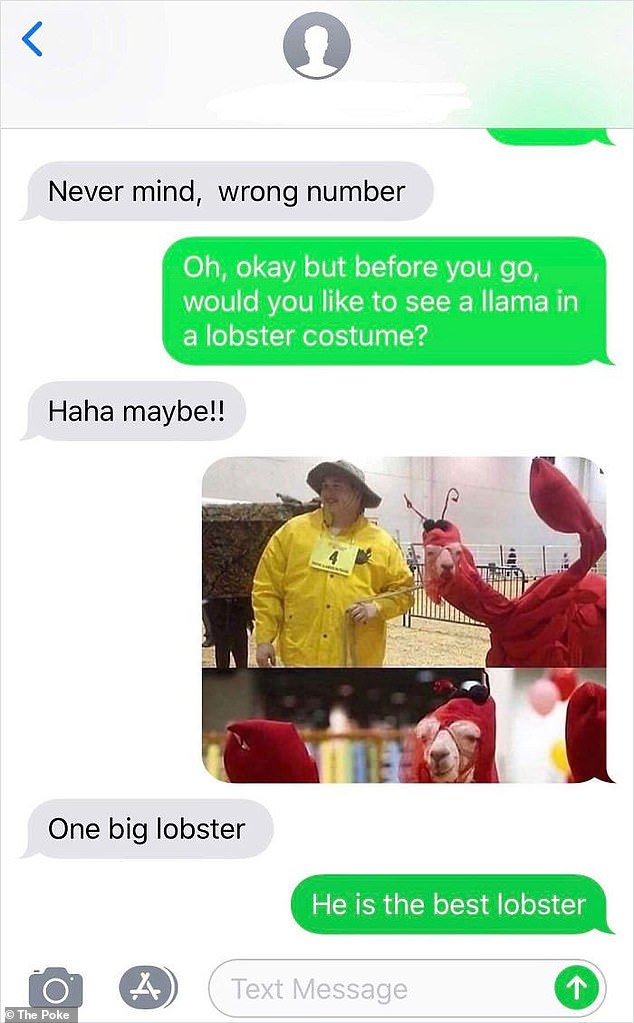 One person was gifted a bizarre photo of a woman walking her pet llama dressed as a lobster, after revealing they had been mistakenly texted 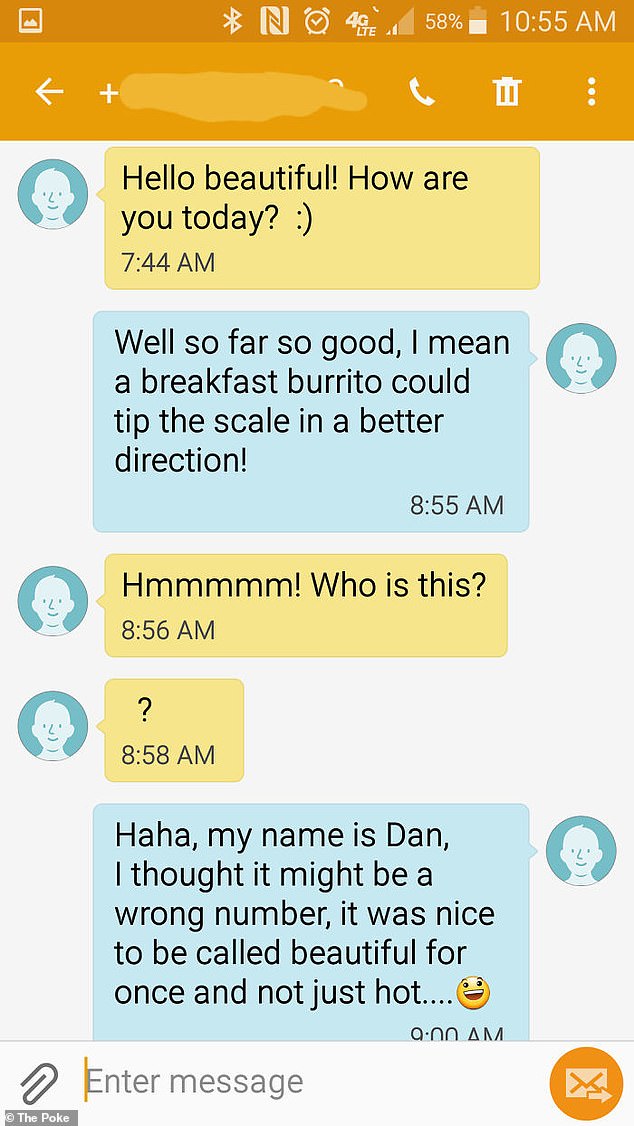 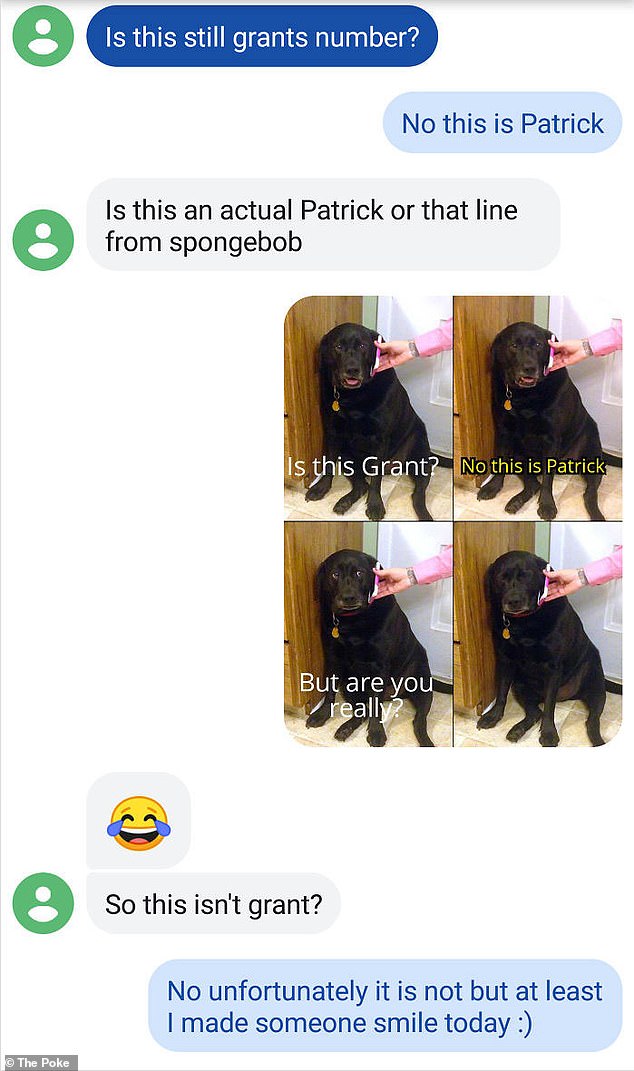 Fact check! A man who was texted asking to confirm who he is, replied with a hilarious meme of a dog taking a phone call 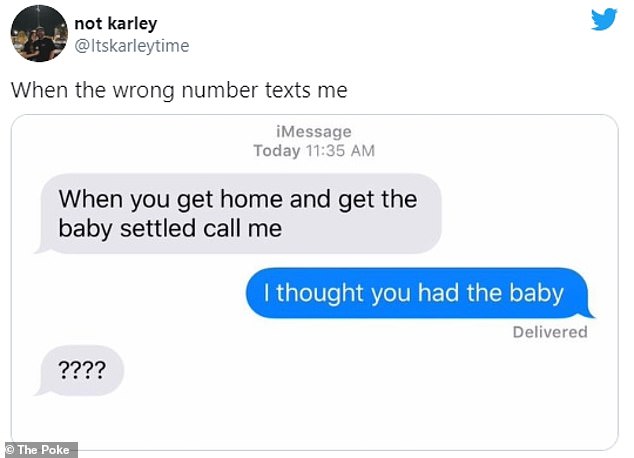 One person took to Twitter, revealing they mocked the wrong number who texted them asking for a phone call once the baby is settled 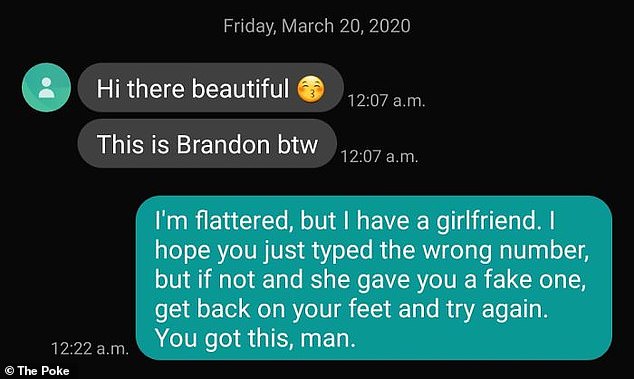 Another individual reassured the wrong number who texted them, that they would be able to find someone else 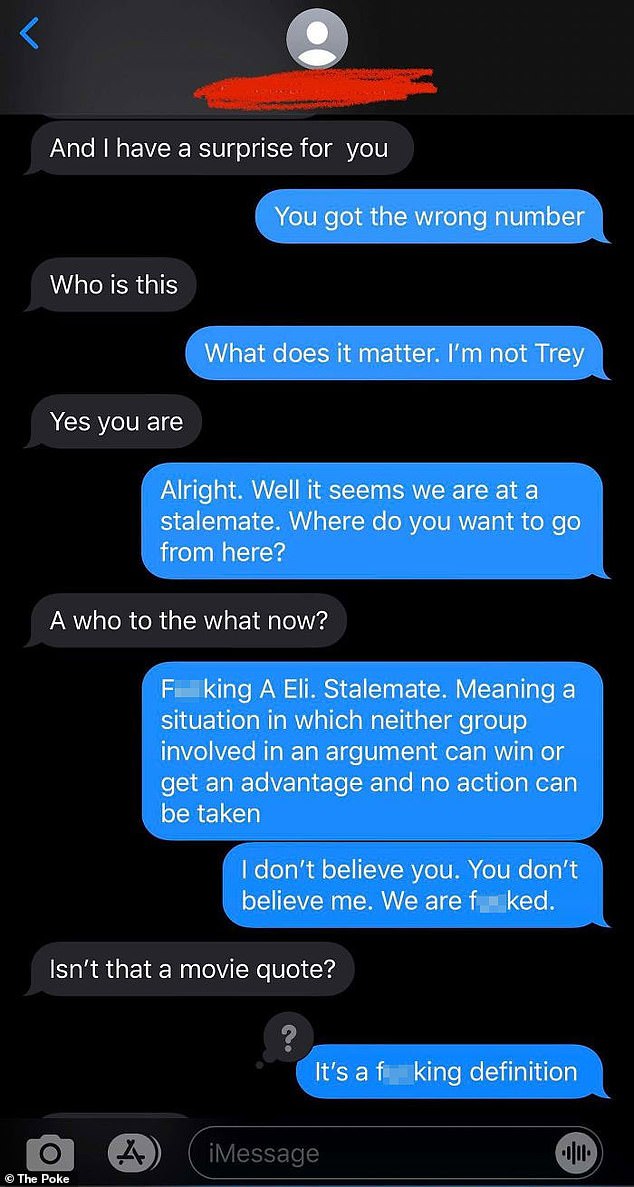 An individual who was frustrated by the wrong number who kept texting them, was mind-boggled when the person mistook a definition for being a movie quote 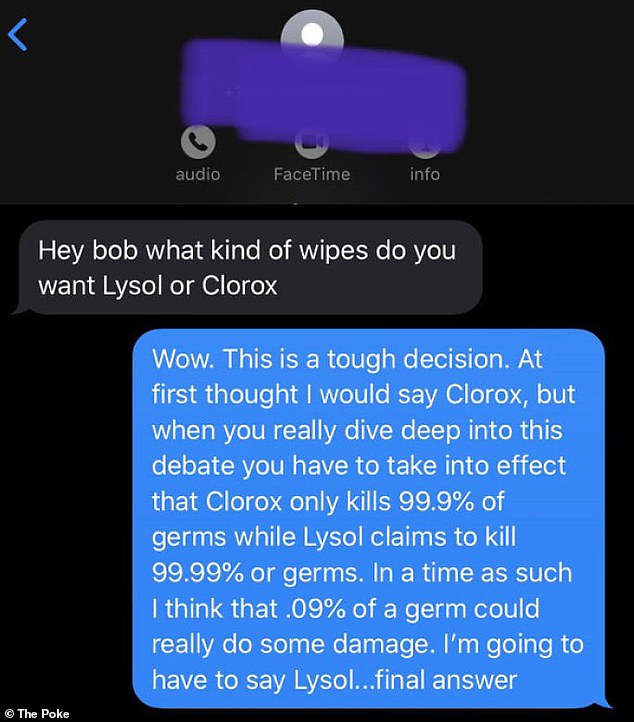 One person penned an in-depth response to a text message asking for advice about cleaning wipes, revealing they would opt for the product that gets rid of 0.9 per cent more germs 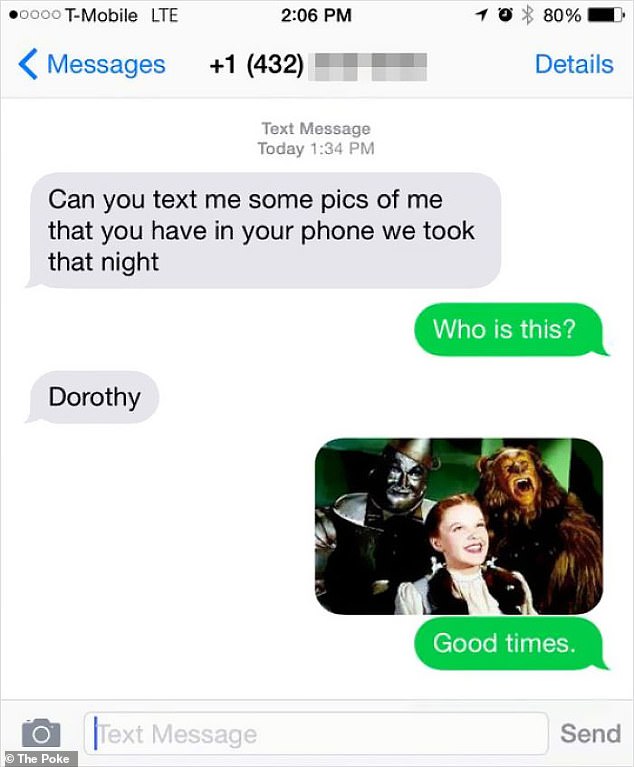 Hoping not to disappoint the mysterious person who texted, one person sent a photograph of Dorothy from the hit film The Wizard of Oz as a snap from their night out